Born in London, I spent the early part of my life in Nigeria, West Africa. After becoming deafened following meningitis when 13-years old, I was relocated back to London, England by my father to continue with my education while receiving medical treatments.  I went to a Partially Hearing Unit in a Comprehensive School.  I was left unable to walk by meningitis; but with the aid of daily physiotherapist sessions and extra self-training, I not only regained the ability to walk again, but I was selected to be the Captain of my School’s Athletics and Cross Country Teams. After leaving school, I went on to college and then to the university where I was also Athletics and Cross Country Captain. I have graduated with four degrees and have undertaken various roles, including within the charities, fashion, legal, government and financial corporations where I took a leading role in a £100m project.

My interest swerved into working with deaf people.  I spent some time setting up new systems at my local deaf club and worked as a project manager for a research project looking at GPs and Hospital Health Access Provisions for Deaf People in North-West England. This project won a major award for the Most Useful Consumers’ project in North-West England and was invited to the House of Parliament to pick up the award. At the end of the project, I set up the UK Disabled People’s Movement Archive project for a major organisation of disabled people, then work as a Team Leader at a large College with responsibilities for learners with medical conditions, physical and sensory disabilities.

I have competed in deaf and non-deaf athletics competitions. Following the disappointment of GB track and field athletics in the 2001 Deaflympics Games in Rome, I decided to set up Deaf UK Athletics and as Director of Deaf UK Athletics and Great Britain Deaf Athletics Team, I established a pool of high calibre GB deaf athletes who won medals at the European, World and Deaflympic Championships as well as holding world records.

“Currently, I am working on different projects and run several of my own businesses.

2019 saw the publication of the first book in my autobiographical series. When Mother Cried, received plaudits from around the globe. This was swiftly followed by the second book in the series: My Father Tried.  My third book called, Deaf Not Dumb or Stupid, has now been published and is available for purchase and follows on with the difficulties I had to face in mainstream education.”

To buy my books visit www.briankokoruwe.com 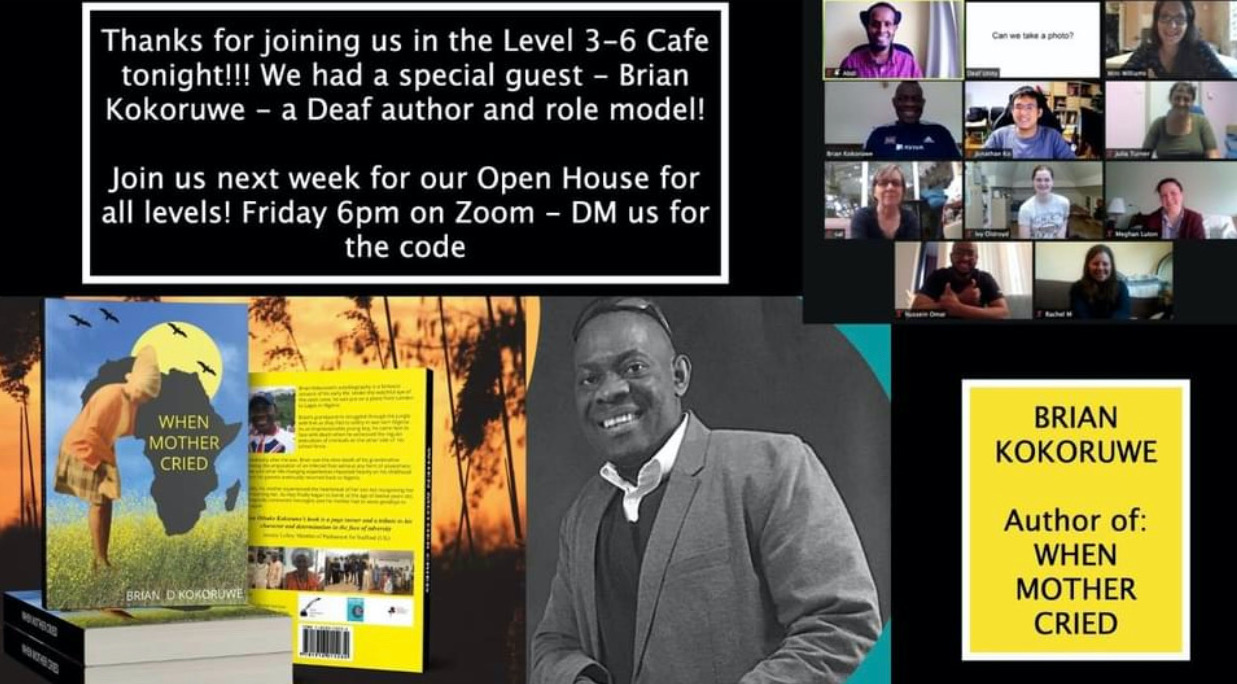 Thanks to all who attended our BSL Cafe! We enjoyed a short review of his book by Brian Kokoruwe - Deaf author - and as always a lovely chat between sign language users! See you next week for the end of the month Open House!

WHEN MOTHER CRIED Brian Kokoruwe’s autobiography is a fantastic account of his early life. Under the watchful eye of the cabin crew, he was put on a plane from London to Lagos in Nigeria. Brian’s grandparents struggled through the jungle with him as they fled to... 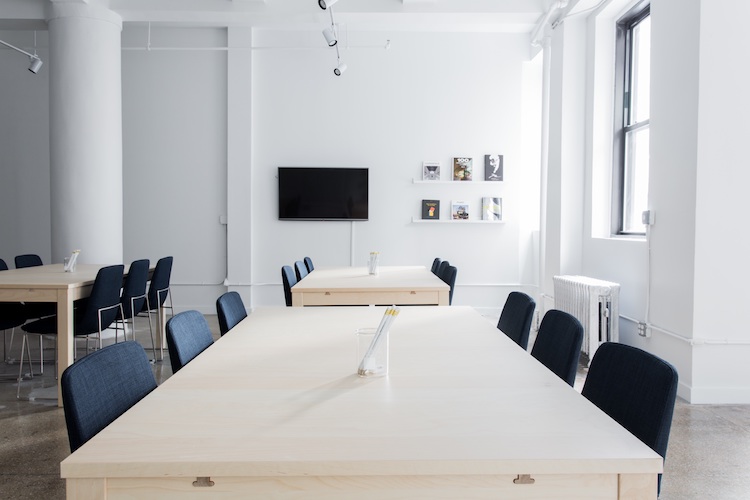