When I was nominated as a Batonbearer for the Birmingham 2022 Commonwealth Games by Elise Turner, Activities and Events Officer, Brampton Museum, Newcastle-Under-Lyme Borough Council, I was really grateful.  Weeks went by and I didn’t hear back from the Commonwealth Games organisers, then out of the blue, I had an email with the following message; “Here comes our moment.  Congratulations, you have been selected as a Batonbearer for the Birmingham 2022 Queen’s Baton Relay…”  I was shocked and excited. Wow.  This is a once in a lifetime opportunity that I would not want to miss.  Not long after, I received the Batonbearer uniform. The excitement started to build and my dreams were going to become a reality.

As we approached the day of the Baton Relay, I struggled to hide my excitement and looked forward to the whole event.  Coincidentally, my parents would be in the area, which added to the excitement.  However a few days before the event, news broke that there would be a heatwave and various activities would have to be cancelled.  I became anxious that the actual Baton Relay would not go ahead.  I searched for news, but could find nothing about the Baton Relay being cancelled, so I got dressed in the long sleeved top, trousers and went to the meeting place as stated in the information pack.  Arriving at the venue, I met the Sign Language Interpreter,  but there was no representative from the Commonwealth Games to be seen.  We waited patiently until finally, the Queen’s Baton Relay team began to arrive.  Then the team from BBC Midlands Today arrived, to film parts of the event.  I met other participants,  took several photographs, and was interviewed by BBC Midlands Today, for a live TV broadcast.  I was also asked how I was feeling about the day by BBC Radio Stoke. It was a really good and memorable day.

After the interviews, the Commonwealth Games Bus came to pick us up and dropped us off at our various Baton Relay starting points.  Meanwhile, my friend picked up my parents and kindly took them to the point where I would finish my part of the Baton Relay.

I collected the Baton and wow!  What an amazing scene.  Holding the Baton was surreal; it was like being in a dream world.  I decided to hold it tightly and made sure I didn’t drop it! There were so many people cheering me on and giving me the encouragement to wave at the crowds.  As I approached the end of the Relay, I saw my parents and my friends.  I couldn’t wait to run to them and give them the chance to hold the Commonwealth Games Baton, they were very excited and so proud to be a part of such a unique occasion. God bless them. I was immersed in a different world!  A big thank you to Elise and all those who supported me either physically or emotionally.  God bless you all..

The Queen’s Baton Relay… what an experience… maybe this experience can be part of another part of my series of books. 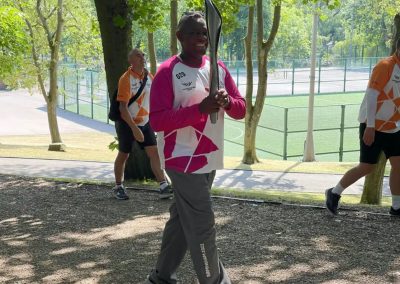 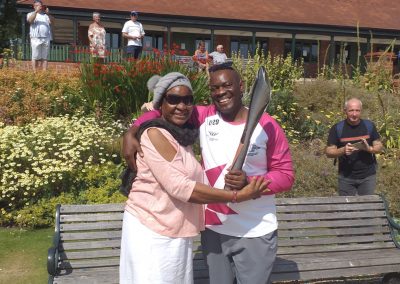 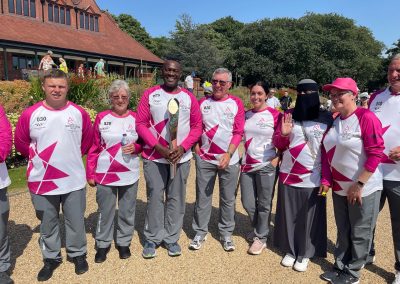 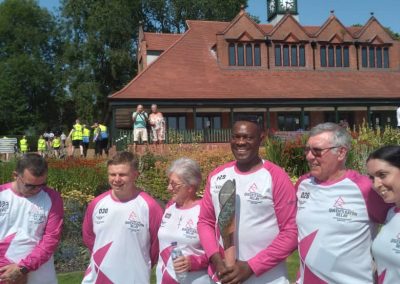 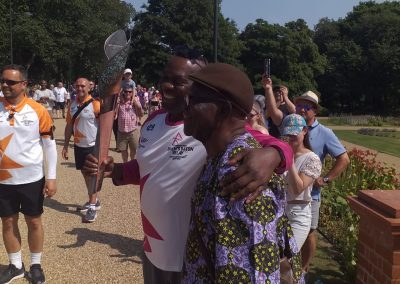 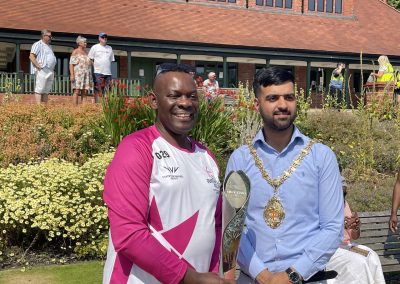 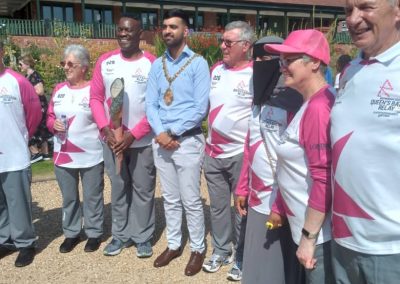 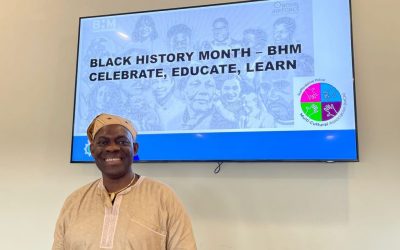 Born in London, I spent the early part of my life in Nigeria, West Africa. After becoming deafened following meningitis when 13-years old, I was relocated back to London, England by my father to continue with my education while receiving medical treatments.  I went to... 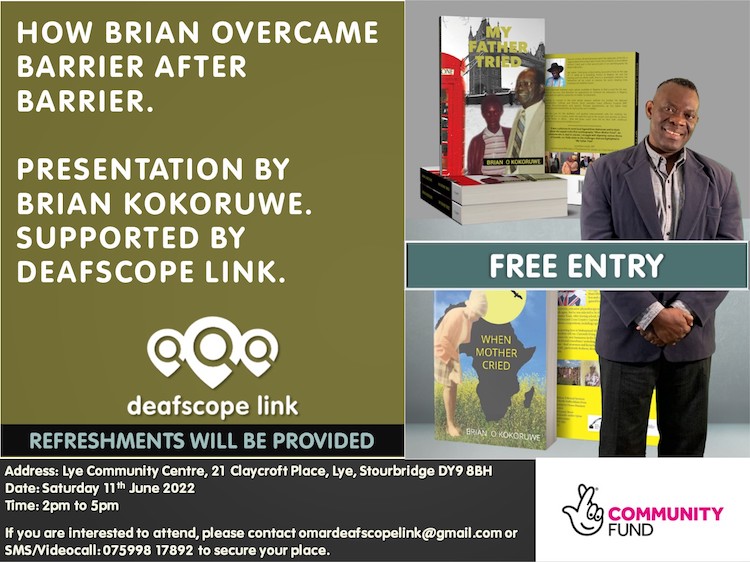